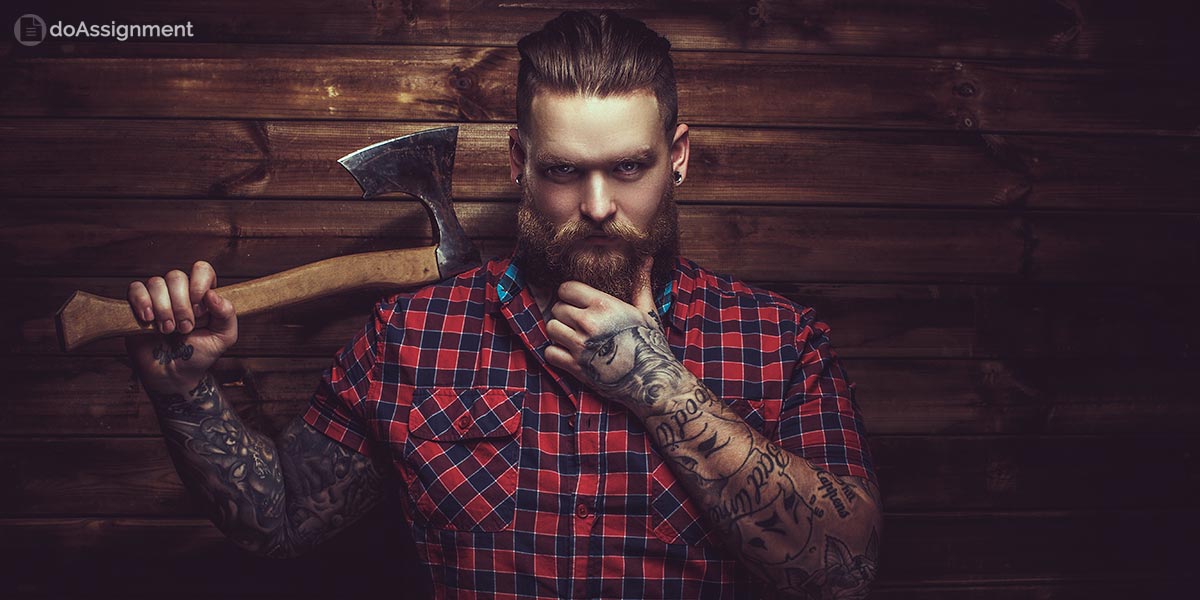 You can like it or not, but tattoos have become a part of modern world. Referring to the statistics, one in five people in the US has at least one tattoo. For someone it is the memory of important emotions, for somebody else it is a way of self-expression, while the others just like to cover their bodies with drawings. The culture of the tattoos itself consists of many aspects and each of them is interesting to mention in your essay.

The history of paintings on the body has very deep roots. A description of this phenomenon may be a good intro for your essay. Here you can show not only the nature of the tattoo but also its purpose. For example, firstly the body painting took place in the times of the tribes. The tattoo had a geometric shape or simple drawings and served to identify the human. Tattoos gave the opportunity to differ the representatives of the various tribes and helped to define the social status of a person. In addition, you can mention that this system is still used in some African tribes - there you can often see great variety of body modifications, which have ritual significance. It is always interesting to learn something new!

It will be unfair not to mention such exciting topic as criminal tattoos. There is still a stereotype in the minds that people with tattoos obligatory were prisoners. You can mention that in contrast to the ritual tattoos, the criminal ones have a specific value and the can identify a person with a certain caste or gang. For example, the Hells Angels members can be identified by a tattoo of the skull wearing a helmet with wings. By the way, if you're interested in this topic and you want to go a little deeper into it, you can analyze the difference between the two largest cultures of such tattoos - American and Russian. If the US criminal tattoo is more like symbols of the gangs, in Russia they symbolize why a certain man was sent to the prison.

Contemporary art has brought tattoo culture to a new level. Masters can make a tattoo of any complexity. If you want, you can even have The Starry Night by Vincent van Gogh. Many tattoo artists also can draw an own sketch, so you will be a hundred percent sure that your tattoo is unique. You may give some examples of what people often choose as a tattoo, like inscriptions, portraits, animals, abstractions. Also, the geek culture has influenced the modern tattoo – it is common to see the characters of movies, anime, video games and cartoons on the passers-by bodies. In addition, you can describe the most famous styles, like old school, graphic, dotwork, realism, etc.

Two Sides of the Coin

There are two opinions about the tattoo: for and against. The main argument against tattoos is safety. There are incidents when the infection gets under the skin with the paint. It can cause the inflammation or the other less pleasant things. Therefore, the master and instruments must be chosen very carefully. The same goes for tattoo removal - home methods instead of laser removing in the clinic may not end the good way. You can show your position in this conflict, and give an argumentation. For example, if you are against the tattoos, then you may say about the attitude to the body modifications of your religion. In most cases, religions like Judaism, Christianity and Islam are opposed to the tattoos. If you are neutral to tattoos, you may write that you like them, but not on your own body.